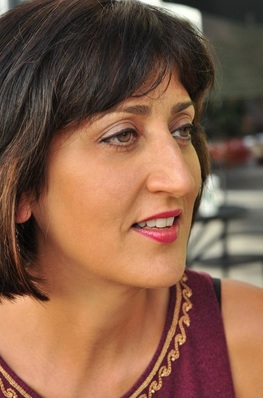 Maureen Budway. Photo Credit, Layne Anderson
Maureen's Jazz Cellar is named after the late, great jazz vocalist Maureen Budway. Born and raised in Pittsburgh, PA, in 1963, Maureen was a natural who knew at an early age that singing would be her life's work and joy. Though she is best known for Jazz, she also mastered many other voice genres including Classical Opera- in which she earned her Masters Degree from Carnegie Mellon School of Music in 1987. Through that training, she discovered her linguistic brilliance singing in multiple languages such as Portuguese, Arabic, French, German, Italian and Spanish. Though there are only two CD's of her work, Jazz the Budway, (1990) and Sweet Candor (2014), Maureen's stellar live performances can also be enjoyed on YouTube. Stay tuned For the release of the "Three Budways" which features Maureen as lead vocalist on original music Composed by David and Kathy Budway. Maureen performed with many of today's renowned jazz artists such as Hubert Laws, Jeff Tain Watts, The New York Voices and David Budway, her beloved brother and life-long musical partner.

With her perfect pitch and impeccable interpretation of a lyric, Maureen knew how to bring a song to life and touch the spirit of the listener. Her radiant and generous stage personality engaged her audience in the most personal of ways. Yet, what most of her loyal followers did not know, was that for over 20 years she had been managing breast cancer. Nevertheless she continued throughout her rich, yet all too brief career, to dazzle and uplift her audience till the end. In August of 2014, just months before her passing, she recorded Sweet Candor at Audible Images Studios in Pittsburgh, (purchase here MCG Jazz - Maureen Budway "Sweet Candor")  which was released on the MCG Jazz label. The album went on to receive 4 ½ stars in Downbeat Magazine.  In December of 2014, she finished out her 15 year teaching career at Duquesne University as a popular adjunct voice faculty member, and in January of 2015, as gracefully as she lived her life, she passed on. Maureen's Jazz Cellar, launched by Nyack artists and residents, Brianne Higgins, and David Budway, commemorates the great live jazz performances of Maureen Budway by honoring those jazz greats among us today who continue to dedicate their lives to music and the arts, thereby enriching the lives of their listeners. We hope you enjoy the intimate ambiance where good vibes, musical mastery and an appreciation for the arts lives on.